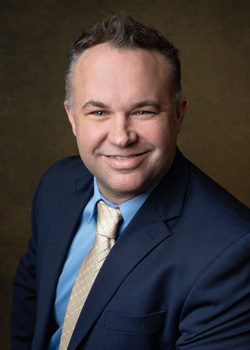 Mr. Gillman joined the firm in 2003, became an associate in 2005, and became a partner of the firm in 2017. Mr. Gillman was born in Alexandria, Virginia and became a Knoxville resident at a very young age. He is a graduate of The University of Tennessee (B.A. Political Science, 2002, Summa Cum Laude) and The University of Tennessee College of Law (J.D., 2005, Cum Laude) where he concentrated in the school’s Advocacy and Dispute Resolution program. Mr. Gillman was admitted to the Tennessee Bar in 2005 and has also been admitted to practice before the United States District Court for the Eastern District of Tennessee. He is a member of the Knoxville Bar Association where he serves on its Membership Committee and he is a member of the Tennessee Bar Association. In the community, Mr. Gillman served as instructor for the Farragut High School Mock Trial team between 2008 and 2012 and served for many years as an advisor to the Career and Technical Services Department for Lenoir City High School which has a legal concentration. Mr. Gillman has also contributed to the Knoxville Bar Association magazine “Dicta” and has taught numerous attorney Continuing Legal Education seminars in East Tennessee ranging from topics such as “Advanced Personal Injury” to “Legal Ethics” to “Probate Practice.” Mr. Gillman was proud to be invited twice to be a speaker for the annual personal injury seminar in Nashville for the Tennessee Attorneys Memo, a prestigious forum in Tennessee law. Mr. Gillman has also contributed as a guest legal expert on WBIR 10 News Weekend on Saturday mornings and has been a commentator on Newstalk 98.7. Mr. Gillman was proud to be selected in 2015, 2016, 2017, 2018, 2019 and 2020 to the mid-south Super Lawyers Rising Stars for SuperLawyers magazine, which is peer nominated. He was also named in 2020 as a Top Attorney in Knoxville for Family Law and Consumer Protection in CityView Magazine, which was also decided by the voting of his peers in the law in Knoxville.

Mr. Gillman’s areas of practice include representing individuals in damages cases involving personal injury, family law and domestic relations, preparation of wills and probate and estate litigation and consumer protection. In addition to these general practice areas, Mr. Gillman has extensive experience in assisting clients with detainer and ejectment actions, encroachment and property disputes, and helping small business owners establish their existence, drafting and interpreting contracts, and formulating internal governing documents, partnership agreements, leases, and other documentation necessary to conduct business on a daily basis with emphasis on individual need. Mr. Gillman has assisted numerous individuals and small businesses against insurance companies in obtaining successful results in fire and theft loss claims and has represented numerous clients in litigation under the Tennessee Consumer Protection Act. He has settled multiple $1,000,000.00 cases for clients in the field of personal injury, obtained a verdict in excess of $5,000,000.00 in a wrongful death case against a drunk driver and has been representative counsel in over $37,000,000.00 worth of business acquisition. Mr. Gillman represents a number of locally owned businesses and individuals in all forms of litigation and representation in East Tennessee.

Mr. Gillman is married to the former Katie Thompson of Knoxville, Tennessee and makes his home in Knoxville with Katie and their daughter, where he has lived the majority of his life.