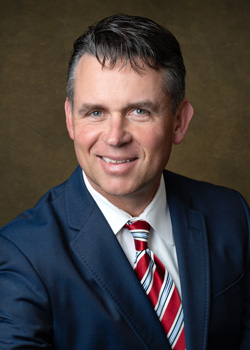 Mr. Priest has been recognized by his peer Attorneys and Judges with the AV rating, which is the highest rating bestowed by Martindale-Hubbell upon only a select few licensed attorneys. He has also been regularly recognized for many years by Knoxville area attorneys and judges as one of Knoxville’s Top Attorneys in City View magazine’s polls. Further, Mr. Priest was named by his peers to the Mid-South Super Lawyers Rising Stars list for 2012, and he has been named a Mid-South Super Lawyer since 2013.

Mr. Priest’s practice has an emphasis on the courtroom and litigation, primarily representing plaintiffs in cases involving personal injury, defective products, and wrongful death cases. Mr. Priest also practices extensively in the area of family law and domestic relations. Mr. Priest participates frequently in forms of alternative dispute resolution, including both mediation and arbitration. Mr. Priest is also a Rule 31 Listed Mediator by the Tennessee Supreme Court, and he regularly serves as a mediator for other attorneys and litigants as well.

Mr. Priest’s practice is based in Knox County, but he regularly handles cases throughout East Tennessee and has represented many clients from other parts of the state and from states other than Tennessee. Mr. Priest is a frequent speaker and lecturer to his peers in continuing education programs, having been a speaker for the Knoxville Bar Association, the National Business Institute, and other presenters in the fields of personal injury law and family law.

Mr. Priest has two daughters, Kate and Annie, and a golden retriever named Lucy. When not practicing law, Mr. Priest enjoys coaching his daughters in youth sports, snow skiing, going to the lake, and playing golf. He is also an instrument rated private pilot who enjoys flying his Beechcraft Bonanza, both in support of his law practice and for pleasure.